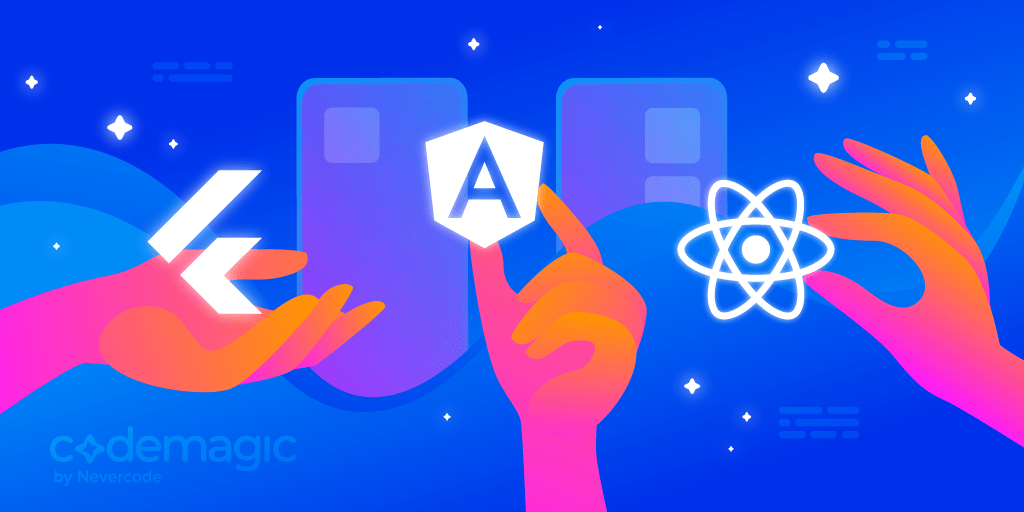 Under the Lens - React Native vs Flutter vs Angular

Aug 28, 2020
Codemagic builds and tests your app after every commit, notifies selected team members and releases to the end user. Automatically.Get started

The building of cross-platform mobile apps is trending in the digital era. However, choosing the best frameworks for your web development project is still one of the most vexing tasks ever.

Throughout most of the decade, Angular was the ruler of the industry as a framework. Its name was the most used term in the IT landscape. As a framework for JavaScript, Angular was as popular as frameworks used for other programming languages, like Java and C#.

On the other hand, both React Native and Flutter are relatively new and come with a lot of similar advantages, awesome tooling, and native features. However, all three do have their differences.

In the end of this article you’ll find a list of companies using React Native, Flutter and Angular.

There is no right answer to the question of which is the best among React, Flutter, and Angular. The answer to this question always depends on several factors, including your business needs and use-cases. Even though this article lists out all the major differences between all three, they are all powerful contenders as frameworks and have their own sets of pros and cons.

And that’s a wrap!

Sudeepa Bose is a freelance writer from India. She’s a writer throughout the day and a reader by the night. She holds a master’s degree in English Literature and has experience spans over 7 years into IT, Tech, and content writing in diverse fields. You can reach her on LinkedIn.