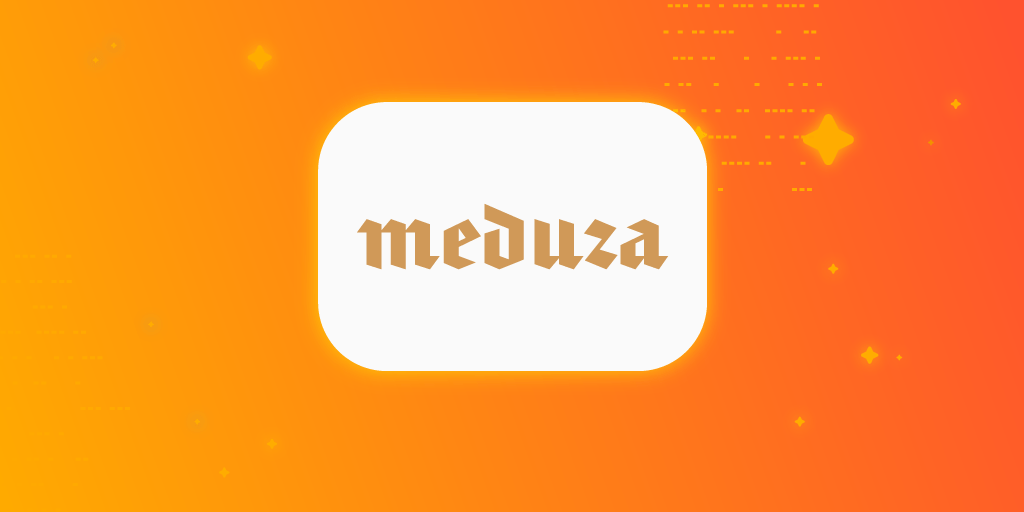 How Codemagic Cut Meduza.io’s Builds Down to 40 Minutes Per Day

“It is a pleasure to be able to build and publish an app both for Android and iOS with so little configurations and with this kind of an interface. The experience with support is also a thing that stands out. And even though our app is not published yet, all the processes with private testing are way more productive than what we had before. Can’t wait for a release build assembled with Codemagic be shipped to our readers.” – Boris Goryachev, Meduza.io technical director

Meduza.io is a forward-thinking news website that seeks to bring relevant and interesting news stories in Russia and former Soviet Union nations. They currently offer their news app through iOS and Android stores. Meduza’s technology team comprises of one designer and one developer.

Boris Goryachev, Meduza’s technical director, builds the app and backend and coordinates with part-time developers, who assist the team in app development and sharing knowledge. Goryachev currently performs one build per day. He is presently building a universal mobile app for Meduza.io.

Using a more cavalier approach, Goryachev had previously developed using React Native, but felt that Flutter was a better solution. Aside from feeling positive about Flutter, he did not experience any issues in getting over the learning curve.

“I can’t say that it was in any way hard to pick up Dart and Flutter after working with JS and React,” remarked Goryachev.

Therefore, the journey to Flutter was a natural fit for the developer and his teammates.

CI/CD for your project needs

The most significant problem that Meduza faced lied within the need to find a solution they could count on reliably. The technical director states,

“I had no problems with CI tools, because it so happened that Codemagic was the first one I picked, and it felt just right”

In short, it appears that Meduza needed to find a solution that they could scale and replicate across all app development products while offering consistency and support under a robust suite of tools. Codemagic was able to meet and exceed this expectation.

Automate as much as you can

Meduza’s solution was to continue working directly with Codemagic CI/CD for Flutter. Goryachev liked the ability to automate the workflows by integrating with Slack and Firebase. He and his team were able to build triggers, publish automatically to iOS and Android stores, and customise workflows. Codemagic gave them the power to test their app on real devices while customising builds with environment variables and scripts.

From what the Meduza team is saying, their experience was pretty “automagic”.

The results for Meduza are clear when painting the picture of efficiency. Goryachev states that his team spends less time building and uploading apps. He was able to cut these processes down to approximately thirty to forty minutes a day.

“The processing power of a laptop and the noise it makes does not bother me anymore. The docs are good, the interface is good, the support is great.”

By saving himself time and money, Goryachev is excited to see what other updates and integrations will be coming to Codemagic CI/CD for Flutter in the future and plans to continue using it as his primary development tool.