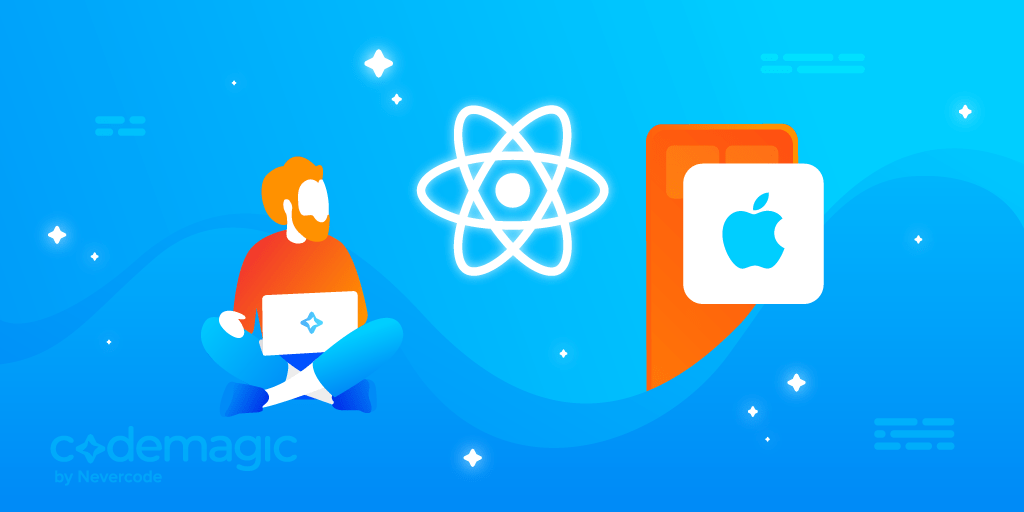 Since 2015, React Native has been widely adopted by mobile developers, and its popularity has been growing ever since. React Native is a cross-platform mobile application development framework that allows the development of iOS and Android apps from a single piece of source code.

React Native is based on JavaScript, and it unlocks opportunities for web developers, as they can also develop mobile apps using React Native. The largest hurdle for developing iOS apps is that native iOS components and macOS are required for development and distribution. However, the inception of React Native has made it possible to develop and distribute apps even for iOS without fully relying on a macOS environment. ​

iOS apps can be built and published from Linux with the help of the React Native platform. In this article, we will use the project named ReactNativeAppSigning. The app will showcase how to build Android and iOS apps on Linux using React Native. It is important to note that Linux does not natively allow apps to be built in iOS. Hence, an Android app will be built, and we will use the same codebase to generate and deploy iOS apps with minimal changes compared with the Android version. There are primarily three ways to proceed:

​ 2. The Dockerfile will help set up and run the React Native environment. Here we will use the official node.js Docker image. It will have dependencies already installed, such as yarn and npm. This configuration exposes the ports and lets the Docker container know that it can access the data on these ports. The package.json and yarn.lock are used to install the dependencies, and app.json is required by Expo as a bare minimum. The Dockerfile for our ReactNativeAppSigning app will look like this: ​

​ 3. The environment variables of the Docker container can also be set up at runtime. This code snippet is just for illustration purposes, but you can customize the Dockerfile as per your needs. Once you have the Dockerfile and Docker installed, you can get the app using Docker. ​

​ Once we run these commands, we will have the Docker container running with the React Native environment.

When it comes to CI/CD, Codemagic has a lot of exciting things to offer to a developer, including workflows for cross-platform frameworks like React Native. You can easily sign up for Codemagic here (for free):

You can use these workflows by creating a new project in Codemagic and simply selecting the React Native App from the options.

Clicking on it will open up the “Getting started guide” for React Native: 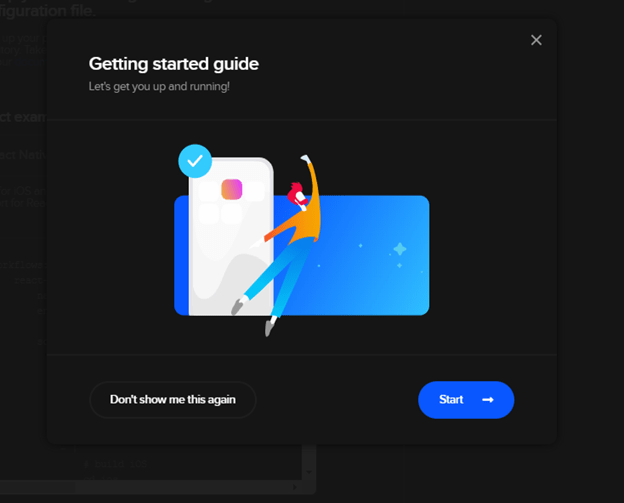 In order to code sign iOS apps, you need an Apple developer account, a development and a distribution certificate, your app ID, and provisioning profiles created for the app. In order to configure manual code signing for the development or debug builds of iOS apps on Codemagic, we need the following things: ​

​ We have to make sure to perform the changes in the debug configuration for internal builds and in the release configuration for App Store builds. Once the values are set in project.pbxproj, we are ready to deploy the iOS app from Codemagic! ​

Set up code signing with Codemagic

When we are ready to distribute the apps, we can easily set up CI/CD for the app using Codemagic—see the Getting Started Guide. ​

Manual code signing for the iOS apps in Codemagic was previously available by navigating to Settings → Publish → iOS code signing → Manual to upload your certificate and provisioning profile there. Now the easier approach of automatic code signing has been introduced to make the process hassle-free. ​

Apple Developer Portal integration for automatic code signing now uses App Store Connect API keys for authentication. This means there will be no more expiring sessions or hassle with two-factor authentication. It is possible to set up several keys for code signing and select the right key in workflow settings. Codemagic has automatically migrated most of their users, but if you’re asked to connect the Apple Developer Portal integration, follow the instructions in the documentation. 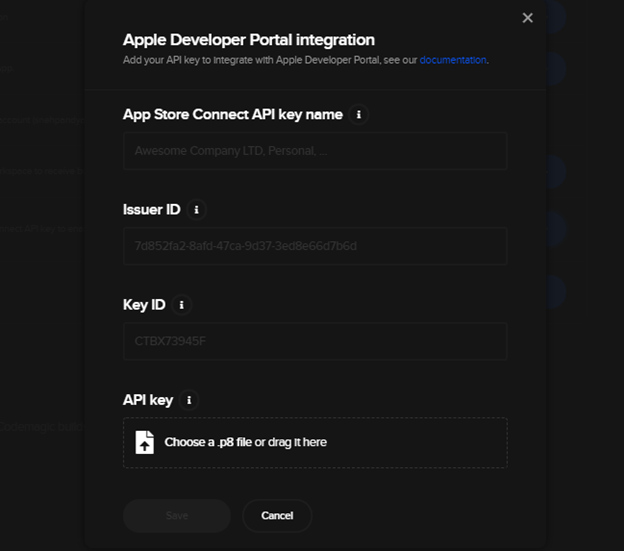 Now, when you run the build, you will get the iOS app in the form of the IPA file, which can be deployed on the provisioned devices. We can install this app on any iOS device that has been added to the provisioning profile and test our iOS app. If we see any bugs there, we can always go back to the Linux environment and fix those bugs. ​

Distribution of the iOS app to the Apple App Store 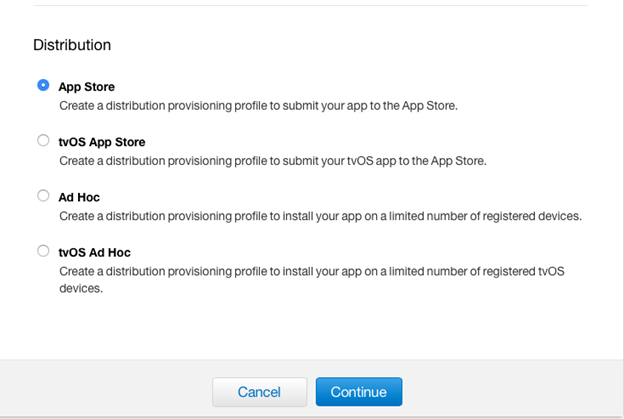 Once we have the iOS distribution certificate and the production provisioning profile on hand, we can select the Release mode in the Build section in Codemagic, as shown. 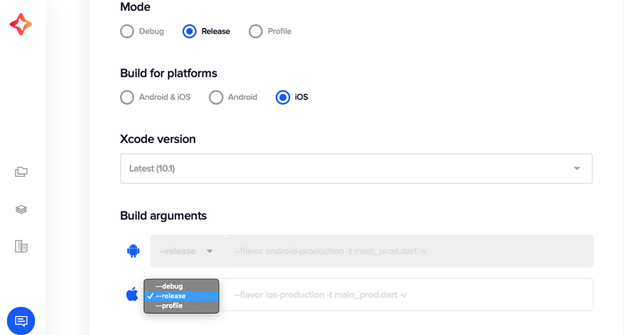 We have also set the build arguments to release instead of debug. In the Publish section, we need to upload the distribution certificate and the production provisioning profile to generate the App Store version of the app.

Once Codemagic generates the build artifacts, we can add the build to App Store Connect, formerly known as iTunesConnect, following the App Store Guidelines and submit the app for review. ​

With the combination of a cross-platform mobile application development framework and a magical CI/CD solution like Codemagic, owning a Mac for iOS app development isn’t mandatory at all. There might be some issues in debugging the app while developing for iOS, but it’s completely possible to develop and publish iOS apps to the App Store using the combination of React Native and Codemagic. ​

How to build a Chrome extension with Flutter Web

Flutter lets you build Chrome extensions, which you can publish to Chrome Web Store. In this tutorial, we will walk you through this process and discuss some …

Here is how to build a PWA (Progressive Web App) with Flutter, and deliver it to iOS users if Apple didn't approve your Flutter app to the App Store.
Show more posts