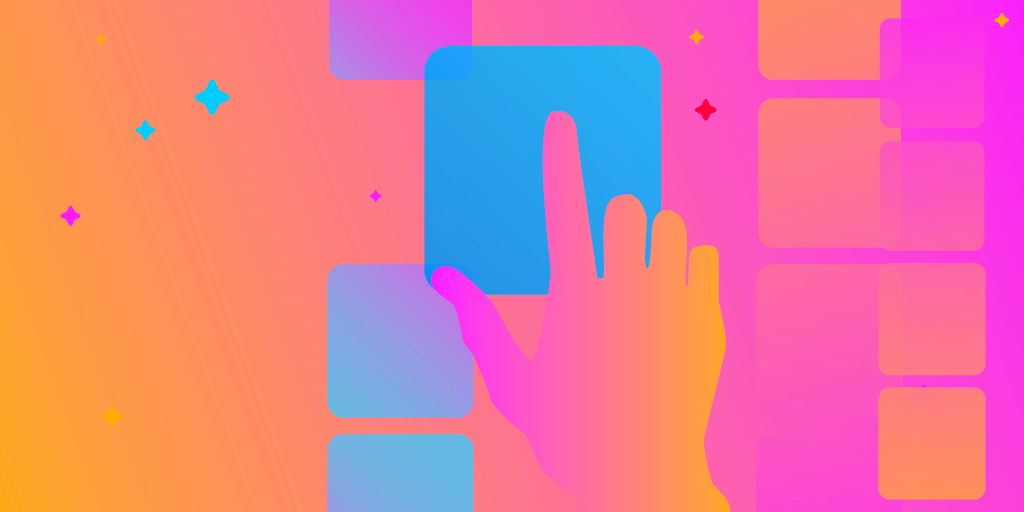 “What State Management solution should I use?” is perhaps the most often asked question in Flutter. To understand it best, perhaps we should look at another, similar question:

“What toppings should I get on my pizza?”

And therein lies the problem, grasshopper. There are plenty of good State Management solutions out there but not all of them are going to be a good fit for you, not just your app. If you’re really good with ScopedModel then it makes no sense for you to lose a lot of time trying to learn BLoC just because some fool (like this one) on the internet wrote an article (also like this one) saying that BLoC is the greatest thing since last week’s greatest thing. If you can create a solid, bug-free solution with ScopedModel using an MVSP architecture and get the app out the door 40 hours faster then this needs to be your thinking:

That said, each State Management solution has its own characteristics and each person has different preferences. But we’ve even got something more basic we need to look at first.

What exactly do people mean when they’re talking about State Management in Flutter? It turns out the answer isn’t nearly as straightforward as you might think.

What is State Management?

When we talk about State Management in Flutter, we’re actually talking about a combination of Architecture and something that is sort-of, kind-of like Dependency Injection, but not really… except maybe on Wednesdays during #HumpDayQandA.

Yeah, it’s like that. All of this will become more clear as you read on or, if you stop reading this article before the end, then you’ll probably walk away even more confused than when you started.

A word about code examples: I had hoped to make a lot more examples for this article but it quickly started to get out of hand since most of the techniques required three or more separate sets of example code with explanations of how they interact. In the future, we may make one article for each technique with a breakdown but that’s not what we’re doing today.

Let’s take a look at a few ways of handling State and see if any of them appeal to you than others. This is not an exhaustive list, not even close. These are just some of the more commonly used approaches:

setState is the State Management approach used in the default Flutter counter app. When I first started using it, I was confused about exactly what it was doing but then I had a realization: 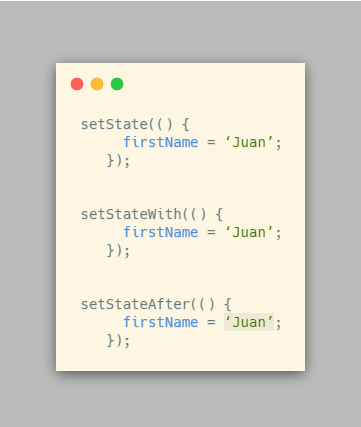 What this does is call the build() method for the State it’s in but only after it does whatever you tell it to do inside the { }. So, you can think of it as setStateWith or setStateAfter.

Per the docs: Ephemeral State is sometimes called UI State or local State. It’s the State you can neatly contain in a single widget.

InheritedWidget is one of those strange things in the Universe that some people understand instantly and others struggle with for years. Everyone can understand the basic idea, the block diagram is easy. The problem is that a lot of people can’t seem to figure out the details of how it does what it does, or how to write the code in a way that will make it work.

Guess which one I am?

The good news is that both ScopedModel and Provider are what I like to call, “InheritedWidget for humans”. They’re both a lot easier to understand and they do all the InheritedWidget heavy lifting under the hood, so you don’t have to worry about it.

My advice is that people shouldn’t take a lot of time trying to understand InheritedWidget. Almost no one uses it directly anymore and you get the same benefits from ScopedModel and Provider, anyway.

In short, without a better way to do things, a Flutter UI can would pass data all the way down the tree from parent to child, down to the point where you use it. To say this is wasteful can be an understatement, especially once your app gets to be any respectable size.

These three approaches quite literally “short circuit” passing data down the tree. In electronics, a short circuit is a path of electricity that is “shorter” than what was happening before… often resulting in a machine losing its “magic smoke” before all the lights go dark. Here, what happens is these three make a path for your State data that is much shorter than passing it down the tree.

Four things have to be done to make this happen:

Think of it this way. Instead of passing your data all the way down the tree from the top, we’re passing the data into the middle of the tree, just above where we’re going to use it. It’s a good practice to make the “access point” (your Provider or ScopedModel) as low in the tree as you can, so you don’t “pollute the scope” by injecting it higher than needed.

And that’s why we say it’s sort-of like Dependency Injection.

These two might seem redundant because the big difference is that Provider gives you a lot more options, and it can use ChangeNotifier which is part of the Flutter framework. ScopedModel is a lot more simplified and you extend Model, which is a specific class within the ScopedModel package.

Think of it this way: ScopedModel is like a version of Provider for Dummies. Provider is a lot more flexible, but not quite as easy to use.

» Read more about Flutter Provider for humans by Scott Stoll

BLoC stands for Business Logic Components, and it’s much more of an architecture than the others we’ve discussed so far; some have even likened it to MVVM (Model, View, View Model). Unlike the others, BLoC makes heavy use of Streams and it’s often used in conjunction with Provider, which is often used as a way of exposing the BLoC for the UI.

BLoC implements the Observer pattern, with it your events are fed into a Stream that is the input into a logic block. The logic block figures out what response it needs to give and then sends that response back out. But a key factor here is the block doesn’t go running around doing things as a result of the input you give it. It simply processes the input and outputs a result. That result is then sent out to some other part of your app and it’s that part that does something with the output.

But what does it do? Anything you want. Maybe you fed it a String that said “Smith” and the logic in the BLoC was made to return a list of everyone in your contacts list with that last name. Maybe the BLoC gets fed the number of clock ticks that have passed since an animation started and the BLoC’s job is to calculate the position of your bouncing ball based on how long ago you pressed the button. You can make it do whatever you want, it’s an architecture, a method of handling State… what you do with it is entirely up to you.

Note that there are two types of streams. A single subscription stream allows for only one listener and you can’t reassign it to another listener, ever. The broadcast stream can have any number of listeners, all at the same time.

When early adopters started working with Flutter in 2017, we had three choices for State Management. We had setState, InheritedWidget and Redux. For many of us, this meant we had to choose from a solution that was meant to manage the local State of one widget, Flutter’s Monad or from Redux, which is a solution much more suited to large apps.

The amount of boilerplate needed to set up Redux can be daunting, to say the least. You have your actions, reducers, store, models and some also use an architecture that includes containers.

On a good note, Redux is designed to prevent bugs by making the State immutable and using a data flow that only goes in one direction. However, Redux may do well in synchronous situations but you can run into problems when you start doing things asynchronously. In such cases, there can be serious side effects that make it difficult to devise a solution.

There are other ways of handling State you might be using. RxVMS by Thomas Burkhart is another solution that implements Streams that has been gaining popularity and it seems there are more approaches coming out every month.

Update: Since the release of this article, Riverpod came to existance, and we can’t avoid mentioning it here, as it’s one of the best solutions for Flutter state magement at the moment. Here' a link to a Riverpod tutorial that would help you to get started.

Read more how to organize your Flutter app by Scott Stoll