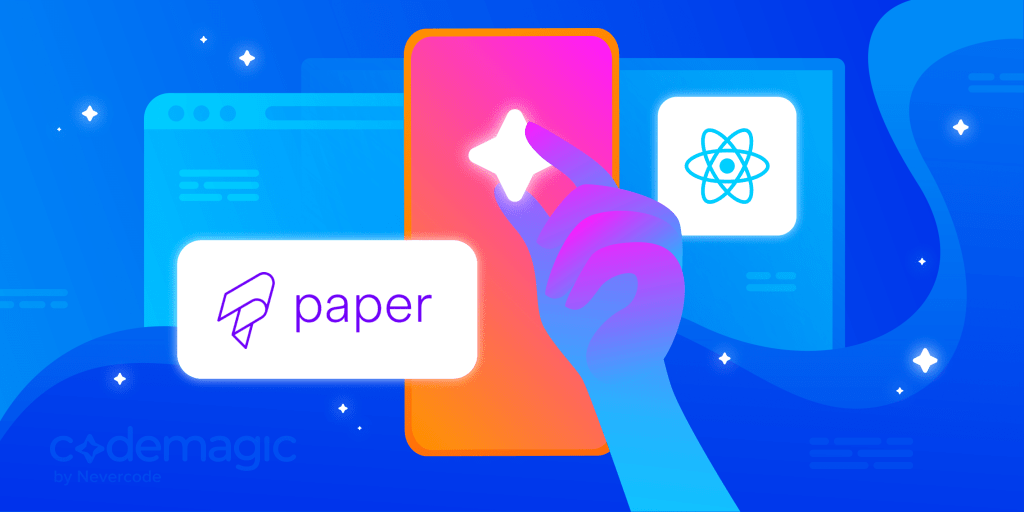 How to build React Native UI app with Material UI

UI design for native Android and iOS applications can be complex and demanding. However, the importance of sleek and responsive UI cannot be overstated. With the introduction of the Material Design concept in 2014, Google established a standard for mobile and web development that makes life easier for developers and UI designers.

As one of the most popular frameworks for building native Android and iOS applications, React Native ships with a lot of libraries for Material Design. With over 46,000 downloads per week, Paper is the most popular React Native library based entirely on Material UI. A fast library, Paper makes the UI design process easy, seamless and efficient.

Here is a synopsis of what we will cover:

If you don’t have the expo CLI, install it globally in your computer using the following command:

Open the project in your favorite editor. To open it in Visual Studio Code, navigate to the project root and enter the following command: 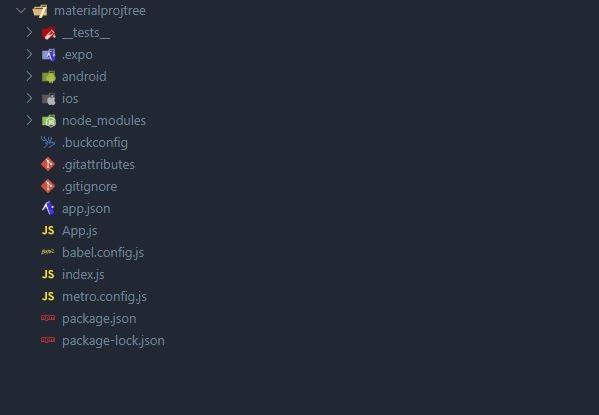 Setting up the project

When working on a React or React Native application, it is natural to separate each element of the page or screen into reusable components, thus ensuring code reusability.

To achieve this, we’ll create three folders, namely Components, CustomProperties and Screens. Navigate to the application’s root directory in your terminal and type the following commands.

With the command above, we created three folders at the same time. We can then proceed to install the necessary libraries and jump into the code.

Once again, navigate to the application’s root directory in your terminal and enter the following command:

It is also recommended to install the React Native vector icon alongside React Native Paper to add Material icons to the application.

Enter the following command in your terminal:

To make use of any React Native library, dependency, or component, we need to import them into our application.

Open App.js in your code editor and enter the following code:

Although we could import Provider without an alias from React Native Paper, it is advisable to import it as PaperProvider to avoid name conflicts when using Redux.

To begin using React Native Paper, we need to wrap our entire application with the PaperProvider. This ensures that the necessary props are passed down the tree of your application.

This is shown below:

Theming is extremely important in every app development. Since most companies have their custom themes, colors, and font, you will need to customize the React Native Paper or any other Material UI library to use those themes.

If no prop is supplied to the PaperProvider as shown above, the default theme will be applied.

To change this, we need to add a theme prop to the PaperProvider as shown below:

However, we also need to define the theme prop. To do this, create two new files (Themes.js and Fonts.js) in the CustomProperties folder with the following command:

These fonts will be used in configuring the themes in the Themes.js file. You can define any font family, weight, and style you want.

Add the following code to the Theme.js file to configure the theme for the entire application:

Here, we used the ES6 spread operator to add the default theme props to the custom themes. Then, we changed the fonts, primary, and accent colors. The primary color is the main (or defining) color for an application. This is where you might want to set the brand color.

We can even use color names instead of codes like this:

So far, we have been able to change the values of the primary and accent colors that come with React Native Paper. However, we can also define our custom colors as shown below.

There’s no use defining custom themes if you aren’t going to use them. The two major ways of using the custom themes in your components are withTheme higher-order component (HOC) and the useTheme hook.

The withTheme higher-order component can be used as follows:

The example below shows how to use the useTheme hook:

Furthermore, the custom themes can also be defined and used directly in a component or element. For instance, we can change the roundness and font family of a button element as shown below:

To have a better grasp of Material UI in React Native, we will create a simple application using some React Native Paper components. Our application can be separated into several components namely, the TopBar component, MainScreen, and Bottom navigation. The main screen will comprise a search bar and cards. Each card will be made up of a thumbnail, title, content, cover image, and icons, as shown above.

As the name implies, App Bar can be used to create the top and bottom bars of your application. It accepts several props such as style, dark, theme, and children. It also comprises some static properties such as BackAction, Header, Action, and Content.

The React Native Paper card component comprises several sub-components such as Card.Title, Card.Content, Card.Cover, and Card.Actions. These can be used to define the card title, content, cover image, and action button.

This is shown in the example below:

Each of these icons can be used in the same way. To use any of them, you first have to import the icon component from your library of choice. If you are using expo in your project, the syntax would be as follows:

With the vanilla React Native, we have the following syntax:

To use the Icon component, we will specify the icon name, size, and style. While the name prop is required, the size and style props are optional. This is shown in the code below:

Rather than building a search bar component from scratch, we can use the search bar that comes out of the box with React Native Paper.

The search bar component accepts several props such as placeholder, value, icon, style, and so forth. This allows us to easily customize the search bar using the Material UI library.

The advantage of the BottomNavigation is that it makes use of the Material Design concept.

I hope this article has helped you understand the basics for building React Native UI using one of the most popular Material UI libraries, React Native Paper. You can apply these basics to create your custom Material UI designs in React Native.

Most of these concepts such as theming, React Native icons and even components, such as cards, also apply to other mMaterial UI libraries and even other React libraries.

The complete source code is available on GitHub here.

Ifeanyi Dike is a software developer in Abuja, Nigeria. He started coding with Microsoft Visual Basic in 2005 but soon after delved into Python and Javascript.

He’s been actively developing software for over seven years now and has used several webs and mobile frameworks like ReactJS, React Native, Express and Flutter. You can reach him on Twitter @deepinsideai.