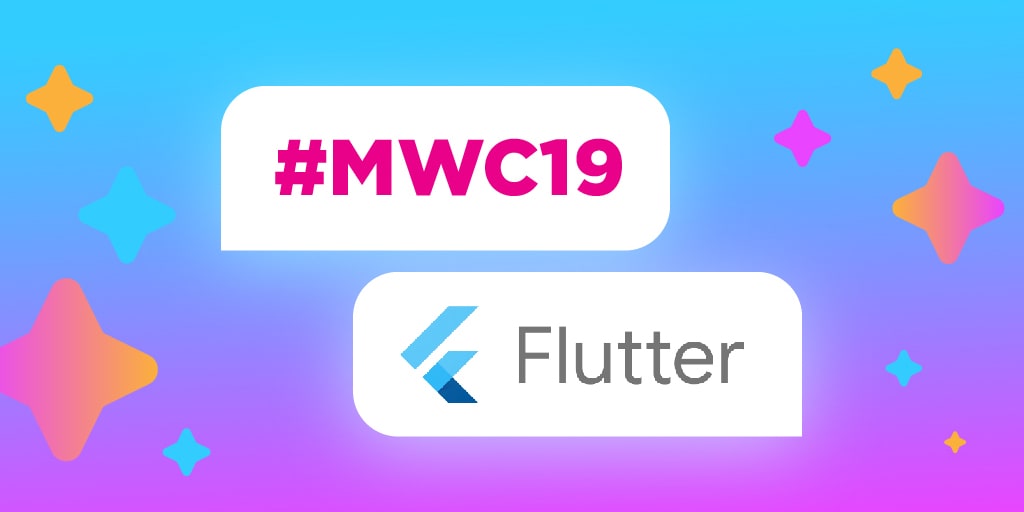 Flutter panel with partners at Mobile World Congress 2019: What happened?

The Flutter team attended Mobile World Congress 2019 to present its portable UI toolkit that allows developers and designers to build beautiful native apps on iOS and Android from a single code base. 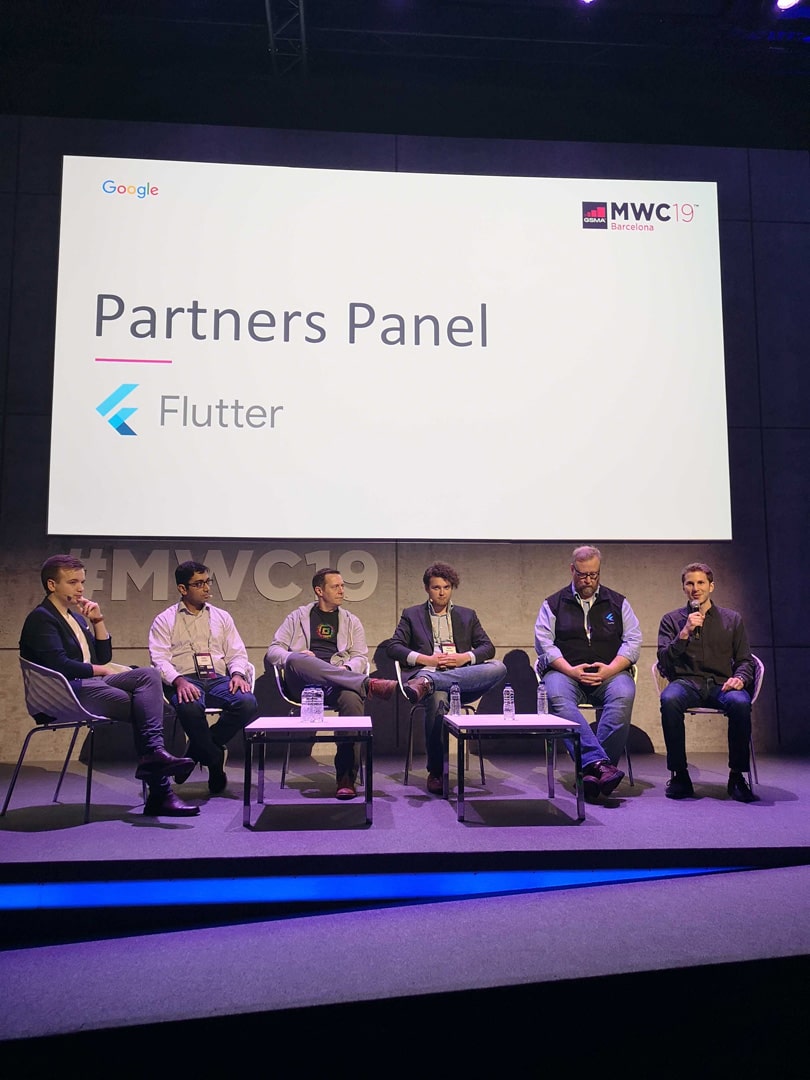 Ever since last year’s announcement of Flutter 1.0, the first stable live version, on 4th of December in London, Google has been constantly making additions and enhancements to its SDK. The result is Flutter 1.2 that was presented at Mobile World Congress 2019 in Barcelona. Read the full announcement from Google Developers blog.

What’s the buzz about?

In today’s mobile-first world, people spend up to ten years of their lives on mobile. “So we better make these 10 years the best of our lives,” were the opening words from Martin Aguinis, Marketing Lead at Flutter, emphasizing that the quality and the performance of the apps matter!

Ever since its launch in May 2017, Flutter has been making rounds in the developer community at the back of the several benefits that it has to offer to everyone — to the businesses, developers and designers. That was also the layout for the MWC'19 event - Flutter panel with partners.

From the perspective of businesses, retention remains the biggest challenge for mobile apps. Only 3% of mobile app users are staying active users after a month, which means that the quality and the performance of the app are rocket fuel for making the end decision. That’s why it’s crucial for businesses to be able to build apps with a high-quality look and feel fast at an affordable price. 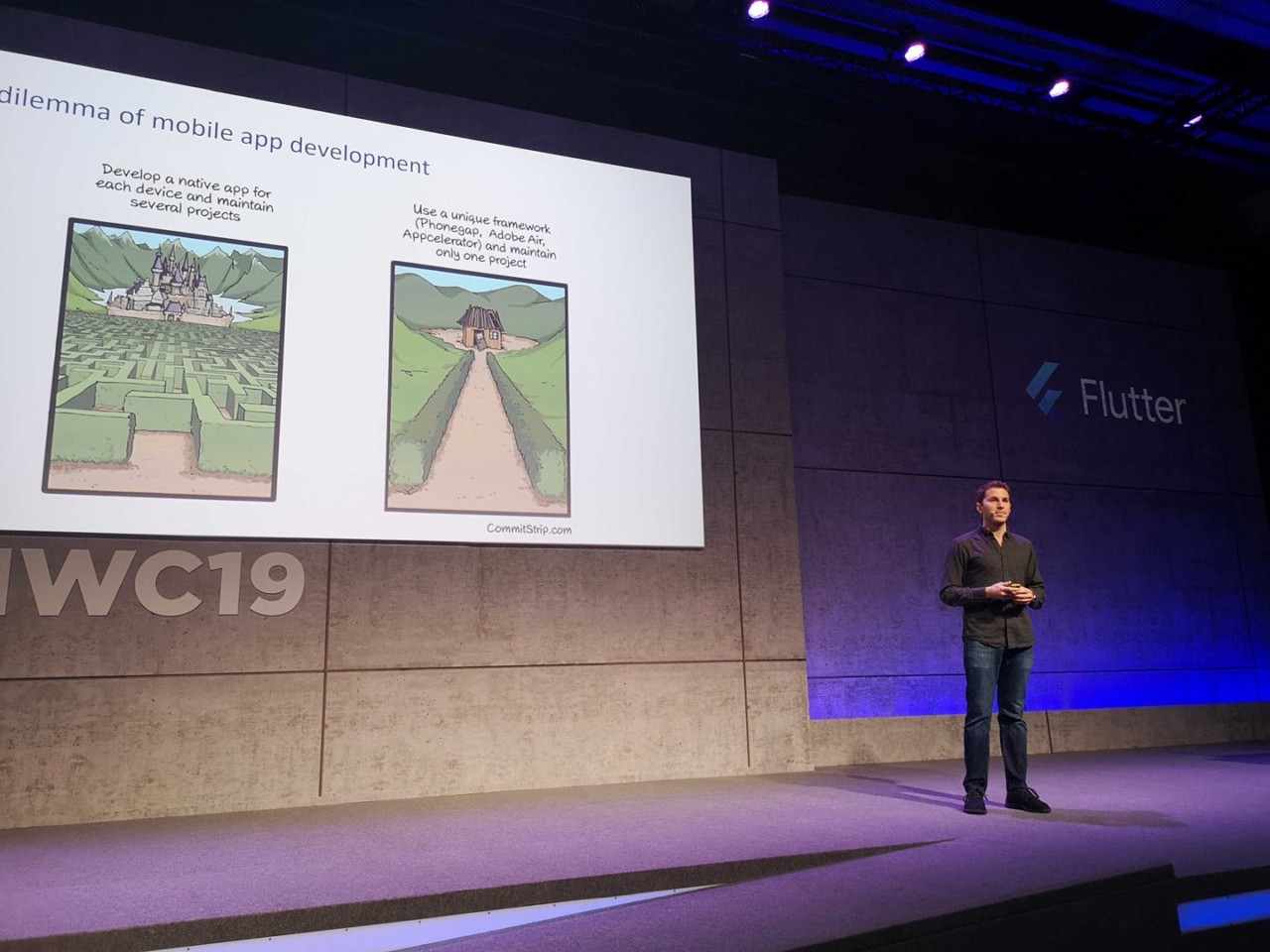 Today, mobile app development always involves compromises. In the current situation, businesses can choose to either build two completely separate iOS and Android applications simultaneously (this includes also two different code bases and often two separate dev teams and dev tools) or alternatively make use of third-party toolkits that use JavaScript or web languages and interpret the result into a native feel and look. In the first scenario, the end result looks nice, but it’s a hell of a maze to get there. Development takes time and often requires compromises. In the latter scenario, the app will never fully imitate the native experience.

Here’s how Flutter changes the game

With Flutter, businesses are able to build beautiful Android and iOS apps from a single code base. It’s the straight path to nice results without massive compromises.

Instead of wasting time on the bottlenecks of the development cycle, the whole dev team can focus on building the app itself.

The desired look of the mobile app is rarely delivered. Standard navigation does not allow to take into account the designers' desires just because of time constraints and often “we do it later” never comes. Flutter allows to build your app pixel-perfect, so you don’t need to compromise on the design and can see the result right now.

Everybody can benefit from a free Flutter SDK. When you are lacking knowledge about something or need a second opinion, you can always contact the community and find a solution.

Will Larche, Lead Flutter Engineer in Material Design, presented the power of Flutter for designers at the MWC19 panel. Building beautiful apps can be expensive and way too often limited by compromises. Designers rarely see their desired result on the launch day, just because there’s often not enough resources. 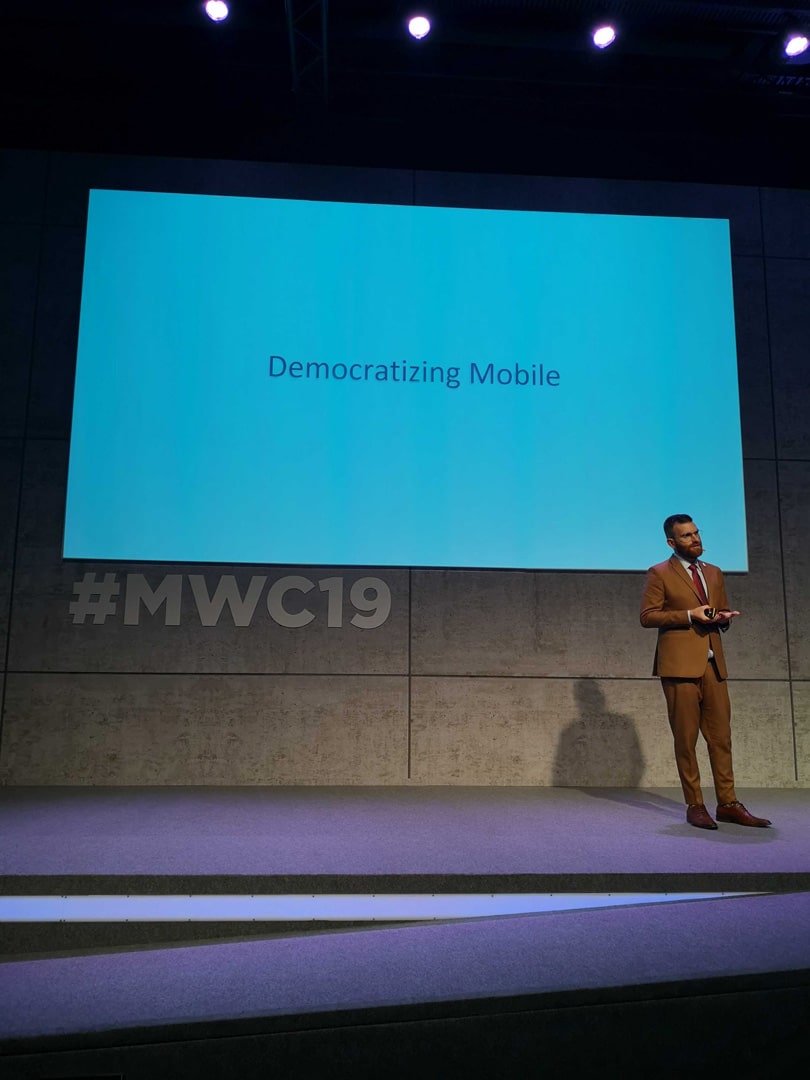 To demonstrate the power of Flutter’s pixel-perfect design, Jacob Kristensen from Reflectly presented its mental health companion app that was rewritten from a scratch for iOS and Android using Flutter in just 2.5 months. Their app with beautiful UX and UI has already got 1.5 million users within a year. 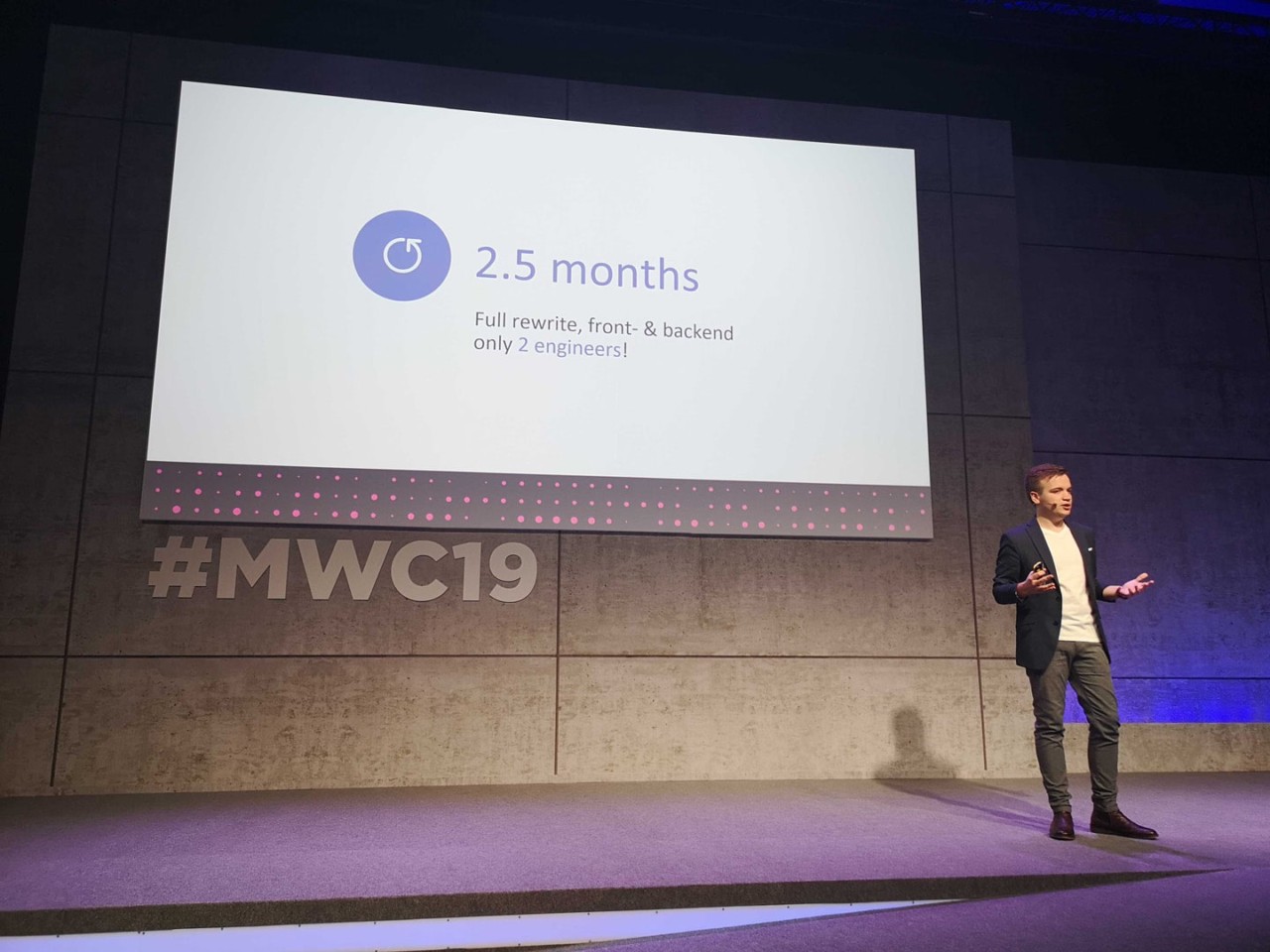 Nobody likes to do the same thing twice. Therefore, Flutter provides the best of both Android and iOS to get to the end results faster.

Flutter is a true modern framework that provides everything from a scratch.

3) Multi-platform with a rich ecosystem 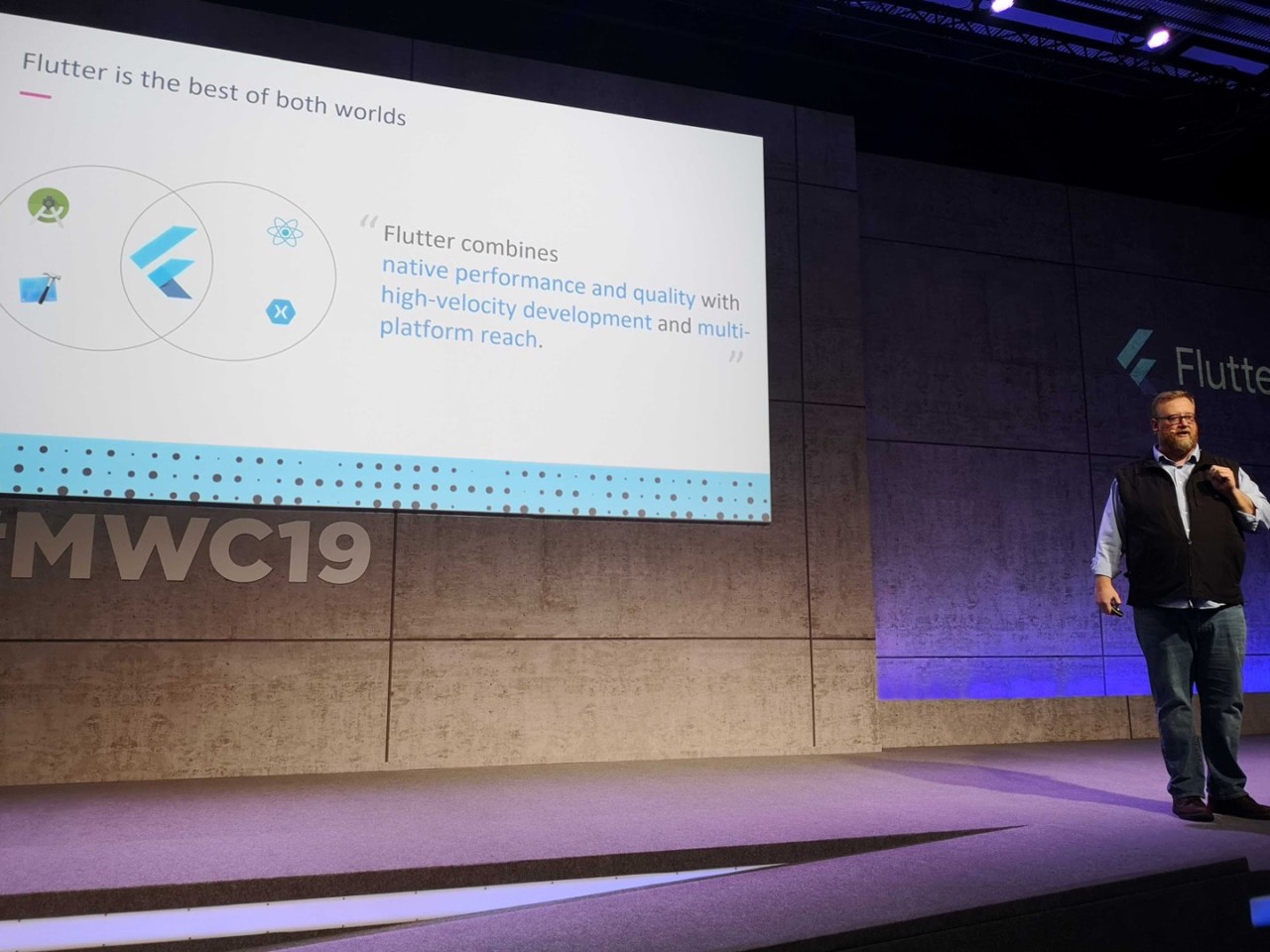 The latest addition to the Flutter tools' family is Testmagic by Codemagic, built with Flutter 100%. Testmagic allows developers to test their apps on real devices and collect feedback without any hassle. You can read about their journey from having no Flutter/Dart experience to building an in-production app in one month here. 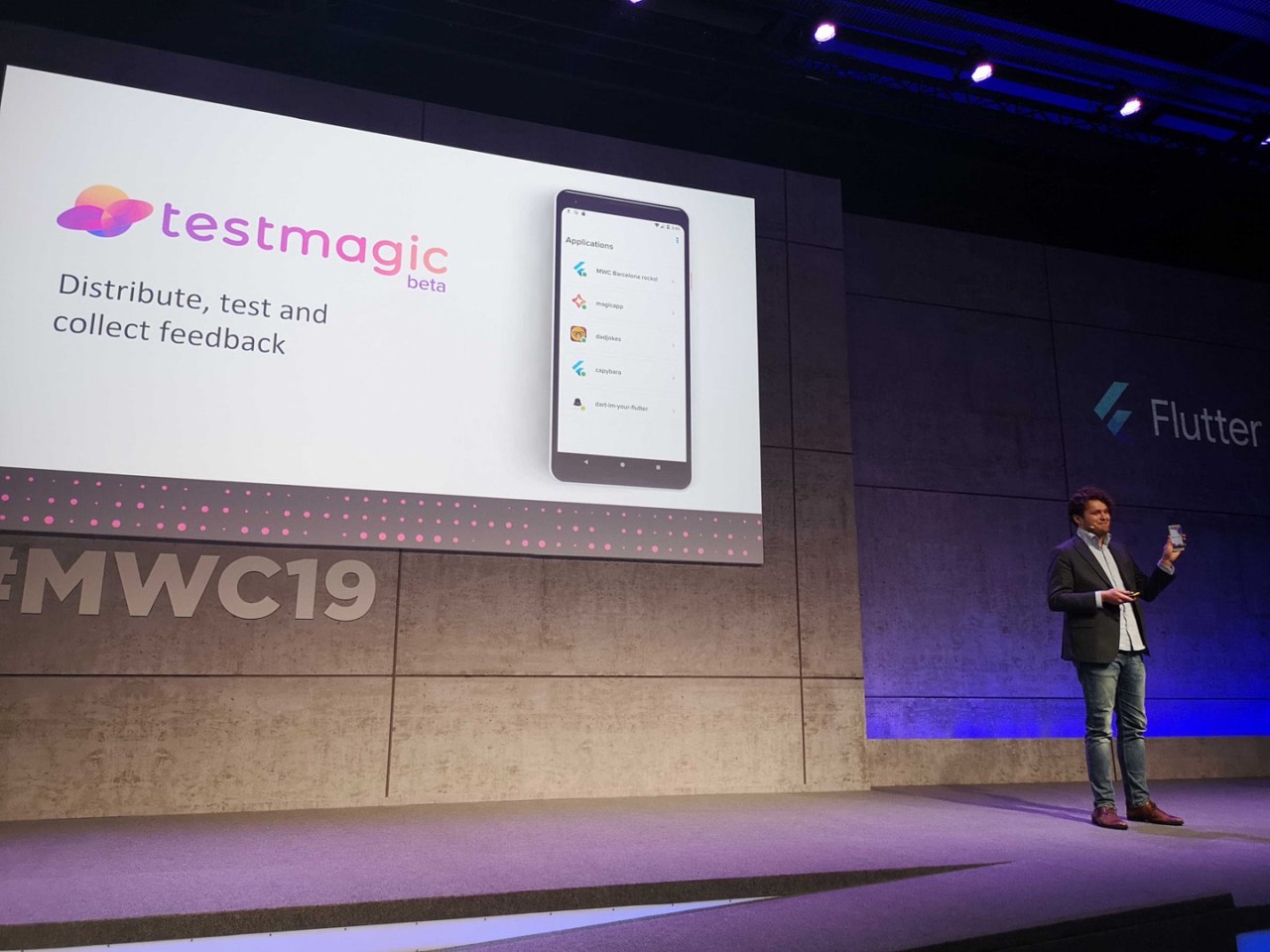 At the Mobile World Congress in Barcelona, Google launched the 1.2 version of Flutter. 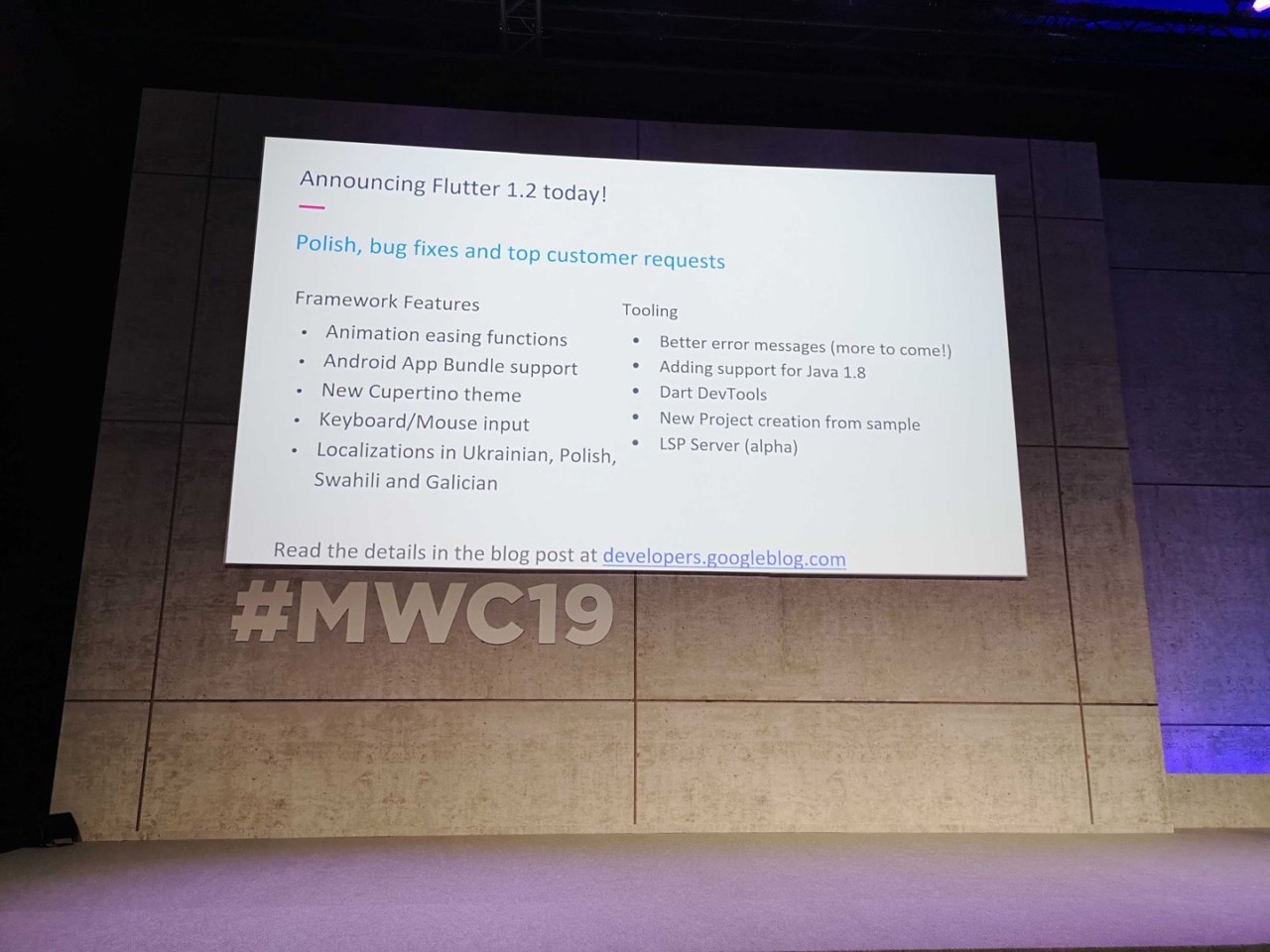 Read from the Google Developers blog what benefits Flutter 1.2 can bring to the table

And this is something we all have been waiting for: A dedicated YouTube channel for Flutter case studies, technical guides, new widgets and more.

The Flutter team started a development contest with over $10,000 in prices for you to start something awesome with Flutter. Deadline April 7. More information is available here.

If you haven’t tried Flutter yet, now is the perfect time, and flutter.dev has all the details for downloading or upgrading Flutter and getting started with your first app.

Can’t wait to see what you build with Flutter!