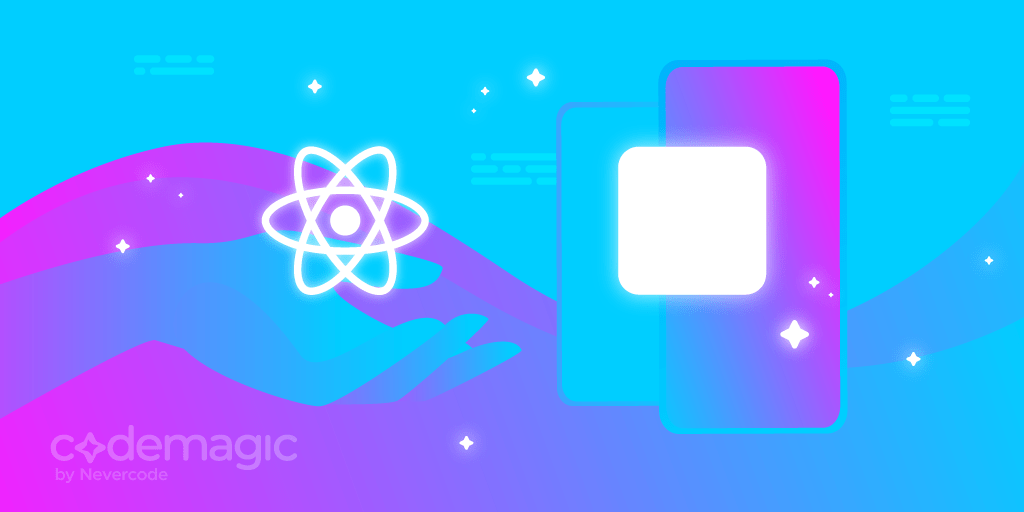 I’m Sneh Pandya and here’re my reasons why I decided to move from native platforms to React Native.

The recent exponential growth in the adoption of mobile apps can be attributed to the increasing popularity of the iOS and Android platforms. However, developing and maintaining an efficient app is a complicated process and requires the investment of a significant amount of time and money. Improvements, periodic updates and fixes are critical for the overall success of an app in the long run.

Codemagic enables more than 49,000 mobile app developers to build, test and deliver their mobile apps 20% faster.Sign up for free

React Native: What is it?

React Native is written primarily in JavaScript and is classified as a hybrid framework, meaning that it’s platform independent. This separates it from traditional apps written in native languages, such as Java or Kotlin for Android and Swift or Objective-C for Apple. Instead, hybrid apps have a single codebase that produces an app that will run on both Android and iOS devices. The benefit to this is obvious: less code and related logistics when compared to writing a pair of native apps using different languages. The drawbacks of hybrid apps are that they aren’t as performant as their native equivalents, and they sometimes lack the ability to make full use of a device’s resources.

Most hybrid frameworks that you may be familiar with, such as Ionic, Cordova, and PhoneGap, rely on what’s known as a web view to accomplish their cross-platform capabilities. Essentially, they embed a webpage inside a native app and hook into it to integrate with the underlying device. The problem with this is that web views run into performance issues and have other limitations, especially when hosting complicated apps.

If React Native feels almost native, how exactly is it different from a platform-specific native framework?

A native app is made with platform-specific code in a language dedicated to a given mobile OS. Typically, these are Java and Kotlin for Android or Swift and Objective-C for iOS. To develop a native app, programmers work in an integrated development environment (IDE) specific to a given operating system.

React Native does things a little differently. It doesn’t use web views but rather a system that allows it to render native components (hence the name) from its base JavaScript code. There’s a common misconception that React Native compiles JavaScript down to native languages, such as Swift or Java, but that isn’t the case. When Facebook developers first introduced ReactJS to the world at the 2013 JSConf event, they could hardly predict how this announcement would impact the mobile and web development space. Today, in 2021, with nearly 2,300 contributors and more than 21.5 K commits in 74 branches, React Native (RN) is one of the most popular GitHub repositories.

If you are new to React Native, then check this step-by-step tutorial where we will show you how to create a React Native project from installing all the needed software and dependencies to ensuring the quality of your React Native app.

React Native: Who is using it?

React Native is an extremely popular framework, and its popularity has been growing since its inception back in 2015. React Native is widely used to develop B2B applications, apps containing forms and dynamic images, software used by companies for internal purposes, education platforms, social media, etc.

The number of businesses using React Native for the development of their apps is remarkable. The framework is used by Facebook, Instagram, Skype, Shopify, Walmart, SoundCloud, Microsoft, Uber, LinkedIn and many other companies.

Bloomberg is a company that provides finance-related tools and applications. The Bloomberg app is built using React Native. With React Native, Bloomberg was able to introduce automated code-refreshes, meaning users will always get the latest updates once the app is launched.

Wix is a cloud platform for developing websites. They started with React Native back in 2015. Although the shift came with some challenges, Wix developers feel they have grown from overcoming them.

Walmart has made it possible to share 95% of their codebase between Android and iOS thanks to React Native.

Salesforce is a CRM platform geared toward sales teams. Businesses use Salesforce for marketing, sales, eCommerce, and service. Einstein, a Salesforce app-building platform, is built on top of React Native.

Pinterest, a social network-like platform, uses React Native because of the framework’s capacity to share code from one platform to another.

React Native: When to choose it

Mobile apps have become an essential part of business for most organizations. Hence, the bigger picture and implications that come together must be considered when you are deciding whether to use React Native or traditional native development as your foundation going forward.

Below are the reasons why you should choose React Native as your primary mobile application development framework:

Walmart’s decision to migrate to React Native came from their dissatisfaction with their hybrid web-view-based mobile app. According to Walmart Labs, web views delivered a poor user experience, even on high-end smartphones. React Native proved to be the optimal solution that Walmart chose. Below are the takeaways from Walmart:

Apart from these advantages, the team faced a few pitfalls too. The use of two different JavaScript engines for live and debug mode impeded debugging. Also, in the early stages, some of the React Native features were exclusive to individual native platforms, which made development more difficult and limited cross-platform potential.

In 2016, Airbnb started adding React Native on top of its native stack. However, the strategy proved to be unsuccessful, leading Airbnb to discontinue developing apps with React Native. Here are the takeaways from Airbnb:

The above reasons led Airbnb to drop React Native from their roadmap and continue with Native frameworks.

For the developers at Discord, porting the logic to a proof-of-concept of an Android app only took two days. That being said, the concerns caused by the fragmentation of the Android ecosystem prevented the Discord team from moving beyond the PoC phase. Here are the takeaways from Discord:

Choices can often seem intimidating, especially when they involve important business decisions. Choosing which path to follow for building your app is definitely such a choice, and it involves many parameters. However, choices are easier when you are armed with knowledge, and hopefully, this post has provided you with information that can make your task less daunting. Moreover, Codemagic CI/CD pipelines make builds and deployment of React Native apps faster and easier.

In case you are not a Codemagic user yet, you can sign up here:

With React Native, in most cases, you get the best of both worlds: less effort, lower associated costs and speedy time to market while still producing a robust and performant app. React Native is often the clear choice for rapid prototyping and the production of MVPs to evaluate whether or not the technology meets the long-term requirements of the project. These benefits make React Native a strong support system, even for large organizations.

Can success be achieved without React Native? 🤔 Let us know HERE.