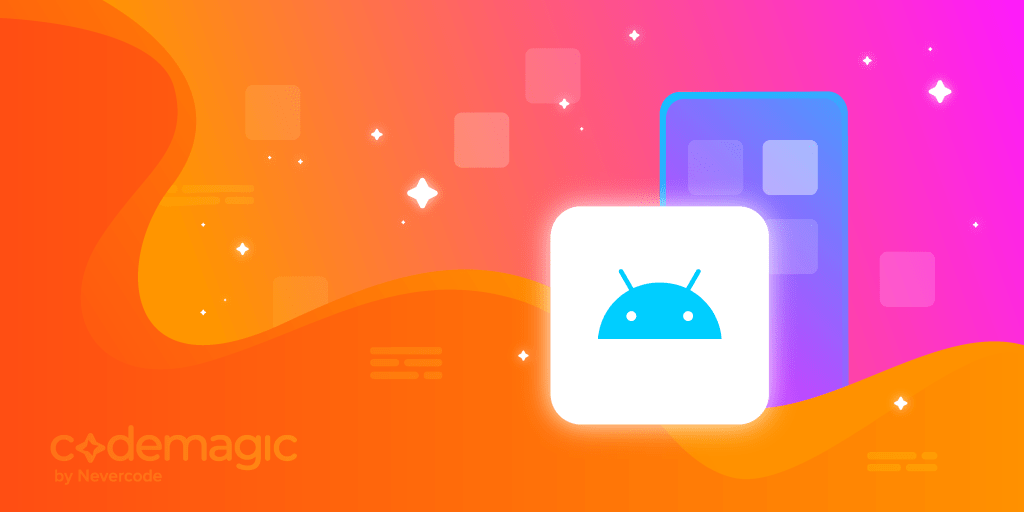 This is a getting started guide to build native Android apps with Codemagic CI/CD.

Learn from this article how to configure the codemagic.yaml file for building Native Android projects on Codemagic CI/CD. Since the introduction of the codemagic.yaml file, it has been a lot easier to keep your build configurations more organized and manage all your workflows with just a single file. This file can be committed to version control and gets automatically detected during build from the Codemagic UI.

It is recommended to go through the article for better understanding but if you already have experience with using codemagic.yaml file, you can get the YAML template for a native Android project here.

Now we will go through the steps to show how easy it is to set up CI/CD for your native Android app using Codemagic CI/CD.

Make sure that your native Android project is uploaded to a code hosting platform (like GitHub, Bitbucket or GitLab) using a version control system.

You will see that a default workflow ID and workflow name is specified, but you can change them however you wish.

The default Android workflow specified in the codemagic.yaml file is very simple and will help you get started if you want to generate a debug build of your Android app.

Let’s take a closer look at the codemagic.yaml file and understand the real power of it.

In order to generate a debug build, you will need a debug.keystore file. The following is the code for generating the file:

You will also need to start up an Android emulator in order to run the instrumented unit tests. Add the following command:

The & is used in the end of this command to run it in the background, otherwise the emulator command blocks the terminal and prevents any further commands from execution. > /dev/null 2>&1 is used to ignore all outputs of this command.

TIPS: It is better to add this command at the beginning of the script, as the emulator takes some time to start up.

Building the app in debug mode:

You can get the generated .apk file by adding its path under the artifacts. Normally, the path is like this:

To get a report of the build along with the generated artifacts in your email, specify the following:

For more information about publishing, refer to this link.

Setting up your Android project for a release build

First of all, you have to set up code signing for generating release build.

If you don’t already have a keystore created, you can use the following command from your Terminal to generate one.

Please run this command in the directory where you want to store this keystore file. This is a very important file for an app, as you will need this file in order to publish your future app updates to Google Play store.

Follow the steps below to prepare your project for a release build:

You will need the keystore file to sign your build. To get access to it, you will also need the key.properties file.

Follow the steps below to encrypt your sensitive information:

Now, create a new workflow called release-workflow for the release build and add the following:

Generate the encrypted version of the file and the variables, and add them to the appropriate keys of the environment variables.

First of all, you have to decrypt the .keystore file and generate the key.properties file.

Then, you can add tests as usual and use the following command for generating a release build:

You have successfully completed the setup for generating a release build of your app.

Building an Android project on Codemagic

Before starting a build on Codemagic, make sure that you have the codemagic.yaml file committed to the version control system.

This will start a new build for your native Android project.

Although Codemagic started as an official CI/CD solution dedicated just for Flutter apps, it now welcomes all mobile projects to the fastest CI/CD. You can easily build, test, and publish your Android, iOS, React Native and Flutter apps with Codemagic CI/CD.

As you can see, building native Android apps on Codemagic using the codemagic.yaml file is really simple. There is also an added advantage, as YAML makes it a lot easier to manage your workflows and keep your build configurations more organized. Also, it gets automatically detected from the version control system when starting any build on Codemagic.