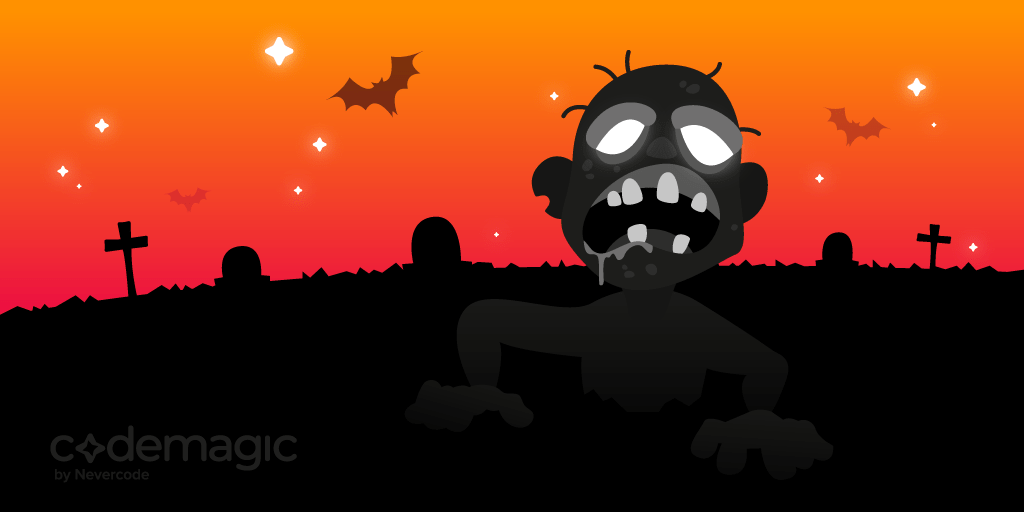 What can zombies teach us about continuous integration and delivery (CI/CD)?

Zombies may be terrifying, but they are also amazing creatures – they know what they want (human flesh), they know what’s important (eating human flesh), and they know how to stay focused and move forward (by chasing humans so they can eat their flesh). Honestly, with their persistence, they can probably teach us a ton of things about continuous integration and delivery, but we humans are lazy creatures. So this Halloween, why don’t we find out what the zombies can tell us about continuous integration and delivery?

Know what you need

I’m sure you know what zombies need – brains!🧠

They have their eyes on the prize, and they are damn certain that they need to eat brains no matter what. Isn’t that enviable?!

But what do you need when you’re developing a mobile app? Aagh! There are so many things – you need to know whether you should build a native, hybrid, or web app, what resources you need for building it, how to test it, where to store your database, what security measures are needed, and the list goes on and on and on.

As you already know, building an app is time consuming, and the one thing that we are all lacking is time. But that’s where the zombies want to help you (before they eat your brain). They know that you need a continuous integration and delivery tool when building a mobile app because you want to save time! And CI/CD tools are saving a lot of time for mobile app developers! If you don’t believe the zombies, then see what companies like Clearpoint, Tjommi, Cinetic, and Meduza are saying about how Codemagic CI/CD is saving them huge amounts of development time.

That’s some pretty useful advice from the zombies. While we’re running from them, why don’t we ask them what else they can tell us about CI/CD?

Zombies obviously know what’s important to them – to get what they want. (So be careful, unless you want to become their midnight snack!) But what’s most important when using a continuous integration and delivery service?

The most common answer among zombies was automation. You want to automate the whole build, test, and release pipeline of your mobile app, and your goal is to get to the market as fast as possible with as few mistakes as possible.

Zombies can only think about one thing at a time, but we humans will want to think about several important things when choosing the best CI/CD tool:

The good news is that Codemagic is offering all of the above, but the bad news is that we haven’t detected any zombies using it so far. Guess they’re too busy stalking the night and all.

Zombies always focus on their goal, and they move towards it without fear. Sometimes they even die (again), but they remain fearless. The only thing they’re afraid of is fire!

But what are your fears about the CI/CD tool? That it’s hard to set up a CI/CD pipeline? Or are you just too lazy to do that?

Be like a zombie: Don’t be afraid to get what you need, and remember what’s important. Just don’t start eating brains for breakfast.

This blog post is written by Liina Laul who’s a marketing analyst at Codemagic.